Cannabis In The News

A total of six storefront retailers who qualify for the cannabis equity program have been approved by The City. ( Jessica Christian/S.F. Examiner file photo)

San Francisco’s cannabis equity program has had a slow start since cannabis was legalized last year but with two more applicants approved this past week, it is growing and may get a staffing boost thanks to Mayor London Breed’s budget proposal.

Two more storefront retailers who qualify for the equity program were approved by the Planning Commission this past week, bringing to the total six which have received approval, the Office of Cannabis said. But hundreds of equity permit applications remain under review, according to city officials.

Bob Blink, the owner of Lyfted Farms holds a marijuana plant in a plastic bin that has a tag to be entered into the state’s track and trade system. Also pictured is Michael O’Leary (right), the owner of Medallion Wellness. The two are pictured Monday May 6, 2019 at Lyfted Farms in Modesto, Calif. Joan Barnett Lee JLEE@MODBEE.COM

Since the outdoor growing season for cannabis began last month, the Stanislaus County Sheriff Department’s Special Investigations Unit has dedicated at least one day each week to eradicating illegal grows.

Critics say cannabis is legal now and it’s safe; law enforcement should focus their efforts on dangerous drugs like methamphetamine and heroin. The multi-jurisdictional SIU investigates those drug crimes as well, in addition to others like gang crimes and human trafficking.

Bob Blink, the owner of Lyfted Farms holds a marijuana plant in a plastic bin that has a tag to be entered into the state’s track and trade system. Also pictured is Michael O’Leary (right), the owner of Medallion Wellness. The two are pictured Monday May 6, 2019 at Lyfted Farms in Modesto, Calif. Joan Barnett Lee JLEE@MODBEE.COM

Since the outdoor growing season for cannabis began last month, the Stanislaus County Sheriff Department’s Special Investigations Unit has dedicated at least one day each week to eradicating illegal grows.

Critics say cannabis is legal now and it’s safe; law enforcement should focus their efforts on dangerous drugs like methamphetamine and heroin. The multi-jurisdictional SIU investigates those drug crimes as well, in addition to others like gang crimes and human trafficking.

How one molecule from the cannabis plant came to be seen as a therapeutic cure-all.

Can CBD Really Do All That?

When Catherine Jacobson first heard about the promise of cannabis, she was at wits’ end. Her 3-year-old son, Ben, had suffered from epileptic seizures since he was 3 months old, a result of a brain malformation called polymicrogyria.

Over the years, Jacobson and her husband, Aaron, have tried giving him at least 16 different drugs, but none provided lasting relief. They lived with the grim prognosis that their son — whose cognitive abilities never advanced beyond those of a 1-year-old — would likely continue to endure seizures until the cumulative brain injuries led to his death.

Recreational cannabis sales began at the start of the New Year in California, and the market is already expected to bring in billions in revenue this year. Veuer's Sam Berman has the full story.

PALM SPRINGS, Calif. – California’s projections of cannabis tax revenue are coming down from their original highs.

State budget documents released Thursday by Gov. Gavin Newsom slash the administration’s cannabis tax prediction by $223 million through 2020. Industry analysts said tax revenue from the newly legal weed business is lower than expected because of limited access to legal pot in parts of the state, the impact of taxes on price-sensitive consumers and the state’s entrenched black market. 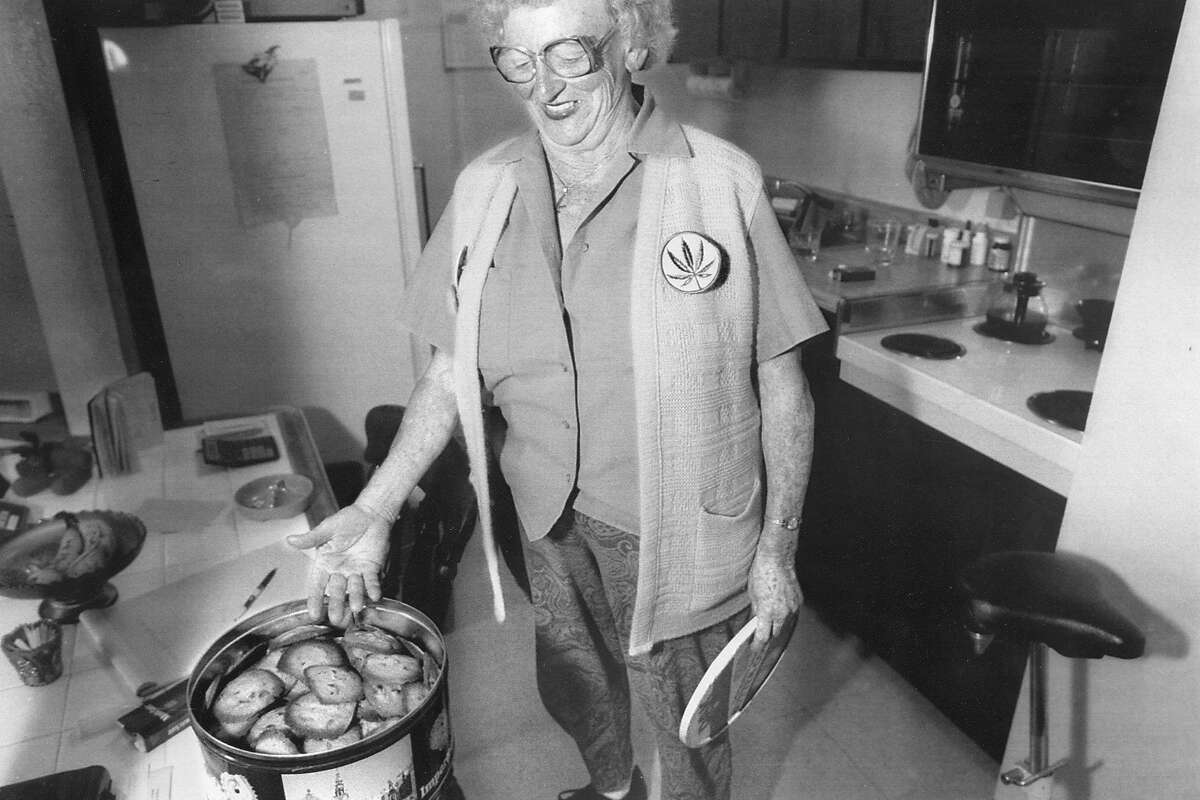 Throughout the 1970s, Michael Koehn had occasionally smoked marijuana. But in 1985, after his partner, George Manierre, fell sick and Koehn was diagnosed with HIV, he began using it regularly for his health.

“I went on a program of drugs and learned that (cannabis) would help my symptoms,” he says 34 years later. “It allowed me to go to work in the morning, and work during the day, and not barf up all my breakfast at home.”

Pot smuggling arrests at LAX have surged 166% since marijuana legalization

Michael Vechell had already drawn the attention of an airline worker and two passengers at Los Angeles International Airport by the time he was confronted by police.

Waiting to board his Philadelphia-bound flight with his dog Odie, Vechell had sparked concern when he sidled up to another passenger and asked if she wanted to join his “drug smuggling ring,” authorities say.

Although Vechell told LAX police it was just a misunderstanding, officers demanded to see his checked baggage. Inside, they found nearly 70 pounds of vacuum-sealed marijuana bundled into packages labeled “T-shirts,” “cold weather” and “sexy pants.”

More than a year after California legalized the recreational use of cannabis, trafficking arrests like Vechell’s have surged 166% at LAX, according to arrest records obtained by the Los Angeles Times. 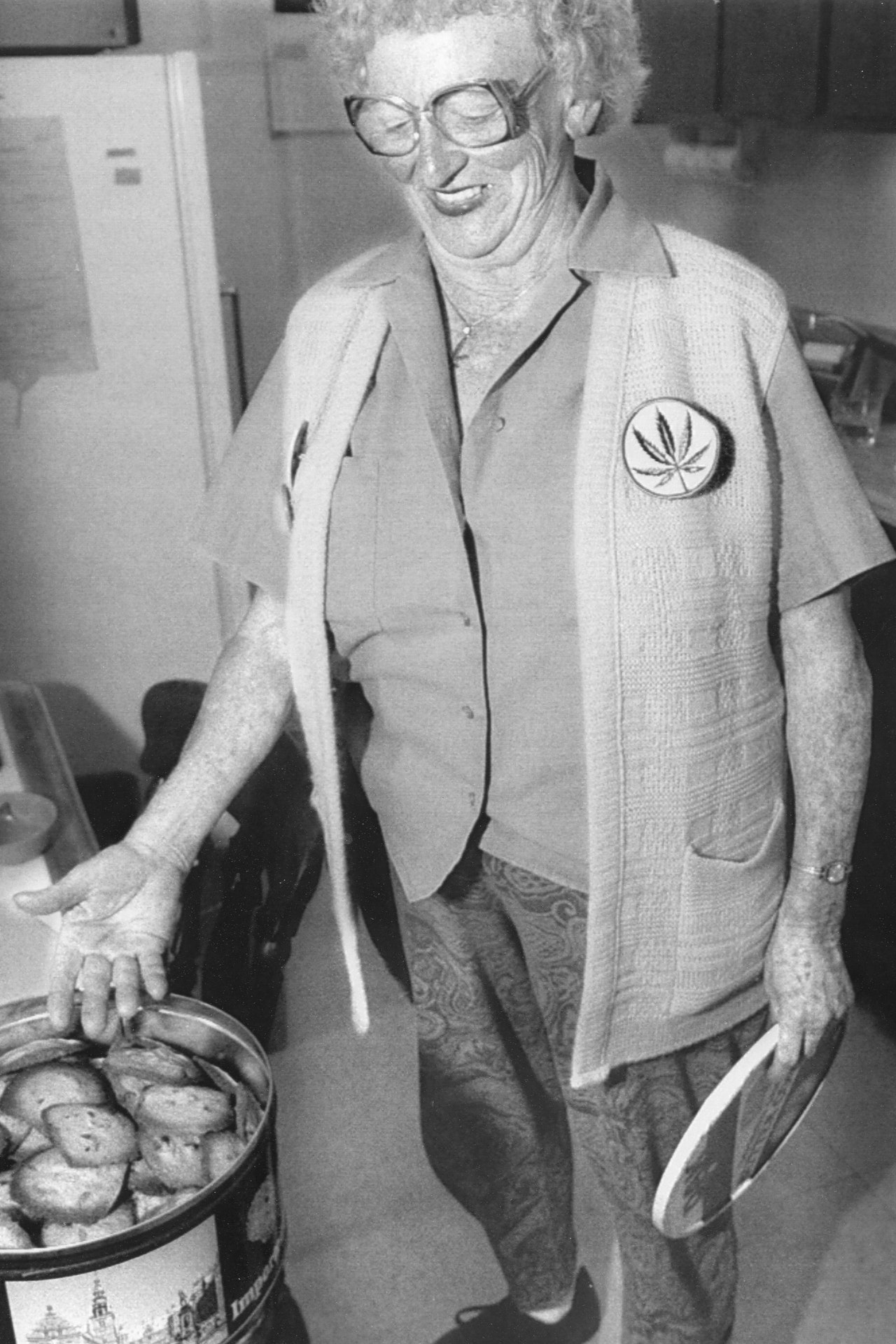 Brownie Mary Is the Reason You Can Get Medical Marijuana Today

Brownie Mary stood at the center of 5,000 people at a rally in front of San Francisco City Hall with her short, curly gray hair, her granny specs, and a sweater vest covered in pins. It was August 25, 1992, about a month after her third arrest—this time at the home of a cannabis grower about two hours up the coast in Cazadero. The 69-year-old activist was mixing cannabis into brownie batter when law enforcement busted in and charged her with possession. Released on bail, Mary garnered international media attention as the Sonoma County district attorney tried to charge her with two marijuana possession felonies. 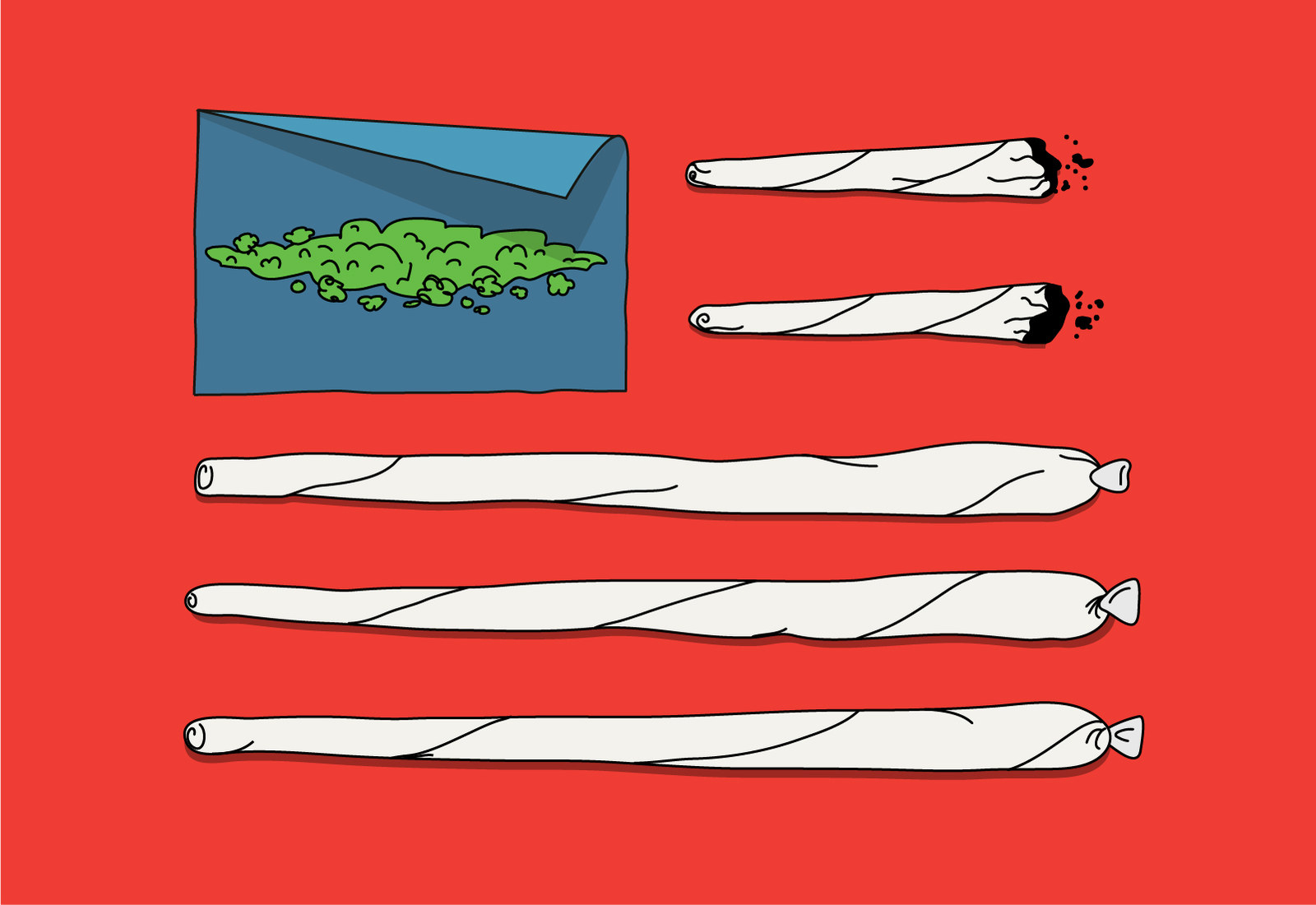 What Do Americans Think About Weed? Here’s A Major National Poll On Politics And Use.

Americans overwhelmingly support legalizing cannabis — polls remind us of this trend frequently. But it turns out the country is deeply divided about how, exactly, to do it, according to a new survey conducted this spring by PSB Research, Civilized, Burson Cohn & Wolfe, and BuzzFeed News.

Cannabis as a Substitute for Opioid-Based Pain Medication: Patient Self-Report

Prescription drug overdoses are the leading cause of accidental death in the United States. Alternatives to opioids for the treatment of pain are necessary to address this issue. Cannabis can be an effective treatment for pain, greatly reduces the chance of dependence, and eliminates the risk of fatal overdose compared to opioid-based medications. Medical cannabis patients report that cannabis is just as effective, if not more, than opioid-based medications for pain.

Most people who use marijuana report that consuming before or after exercising improves the experience and aids in recovery, according to a new study. And those who do use cannabis to elevate their workout tend to get a healthier amount of exercise. 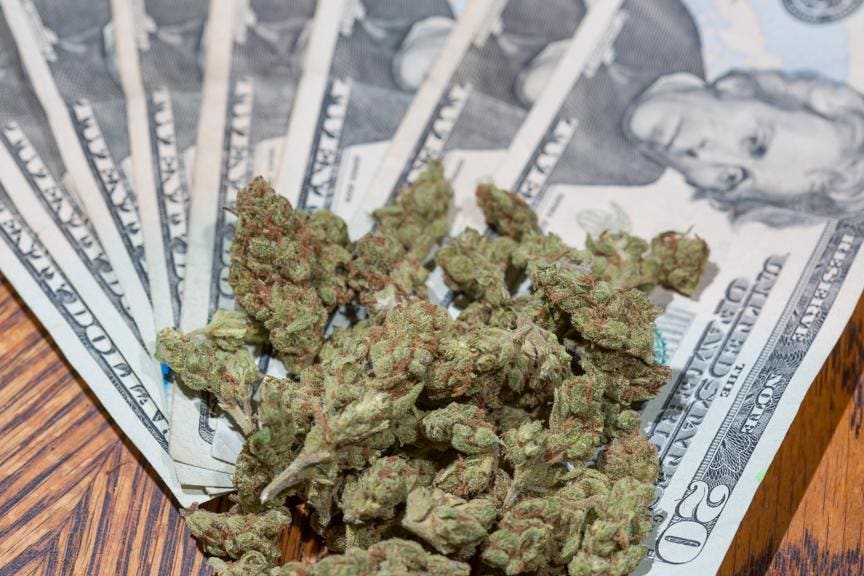 In a representative group for the US population, who were followed for 3 years cannabis use was associated with a lower increase of BMI (body mass index). Researchers of the Department of Family Medicine of Michigan State University in East Lansing, USA, published their research in the International Journal of Epidemiology. Adults completed computer-assisted personal interviews on cannabis use, body weight and height at Waves 1 (2001-2002) and 2 (2004-2005).

According to the latest findings from the 2018 General Social Survey—which examines Americans’ views on a variety of topics—senior citizens 65 and older are the fastest growing segment of people to support cannabis. It reaffirms what several other surveys have indicated, that senior citizens are warming up to cannabis.

Once a year at the annual state convention, 3,000 state delegates, hundreds of elected legislators and Party officials come together to set policy, delineate priorities, confer on and develop legislation and showcase Democratic candidates for elective office at the local, state and national level.

Learn More
This CA 15-3 test is used to monitor certain types of cancer, like breast cancer.

It’s no secret that many cancer patients are using cannabis to help manage pain, fatigue, nausea, and other side effects of chemotherapy. Less well known is the fact that extensive preclinical research shows that plant cannabinoids – most notably, tetrahydrocannabinol (THC) and cannabidiol (CBD) – produce antitumor responses in various animal models of cancer.

For the first time, the majority of Republicans favor marijuana legalization

As if the U.S. marijuana movement needed a sign beyond the constant yammering about pot stocks and pet-friendly CBD to show that weed is really just becoming another cleanly shaven product of popular culture, a new poll released this week finds that the majority of Republicans is now pledging unwavering support for the herb.

Weedmaps has become a multimillion-dollar marijuana behemoth even as the company has been advertising illegal, unlicensed services in San Francisco (and nationwide).

One of the modern miracles of the legal-marijuana era is how you can just dial up cannabis delivery via apps or websites on your smartphone. With just few clicks, you get your pot delivered right to you, often within 30 minutes or less. 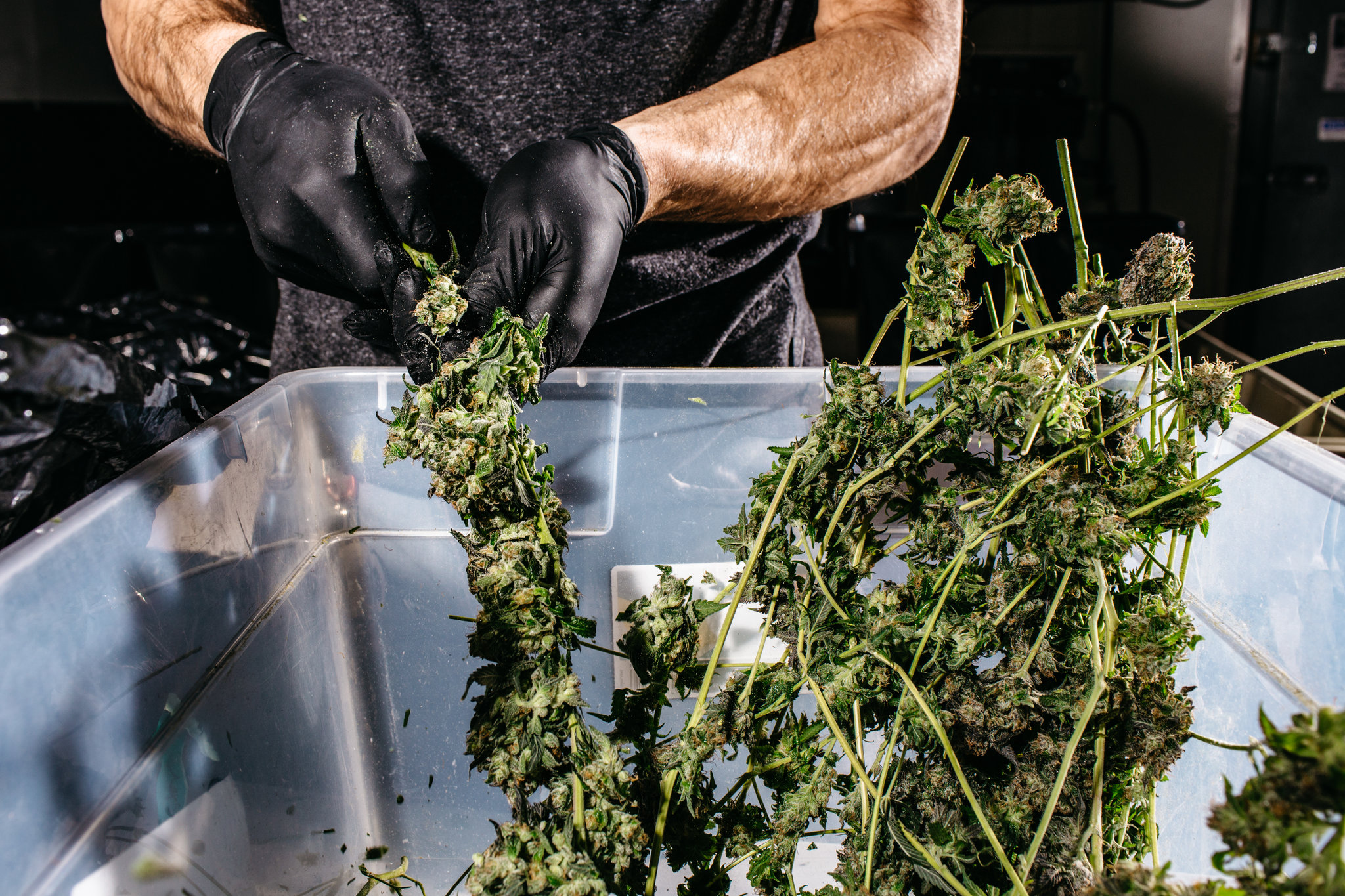 Legalizing Marijuana, With a Focus on Social Justice, Unites 2020 Democrats

People in Colorado still remember John Hickenlooper’s crack after the state legalized marijuana, a move he opposed: “Don’t break out the Cheetos or Goldfish too quickly.”

But Mr. Hickenlooper, the governor at the time of the 2012 initiative allowing recreational use of cannabis, eventually changed his mind. He acknowledged that fears of increased use by children did not materialize, and he boasted of the tax revenues for social programs that regulated sales delivered.

Synthetic biologists have created an enzymatic network in yeast that turns sugar into cannabinoids, including tetrahydrocannabinol and cannabidiol, but also novel cannabinoids not found in the marijuana plant itself. The yeast factories would be more environmentally friendly and less energy intensive than growing the plant and separating out the psychoactive and non-psychoactive ingredients. They may also yield cannabinoid derivatives with unexpected medical uses.